Back On The Boat in Connecticut

On Monday morning, May 12th, we finished packing up the car, closing up our Florida home and headed north.  We arrived at Ed & Marsha's home in Southington, CT on Wednesday and spent two days with them.  They are currently selling their Southington home and will soon be living in Florida a short distance from us!  Upon arriving at our boat in Mystic, we immediately went to work.  It was still shrinkwrapped and all the flybridge cushions were stored below inside.  Before we could sleep on the boat, we had a lot of work to do.  We made short work of peeling the shrinkwrap off, getting the canvas and windows reinstalled and all the cushions removed from below and placed on the flybridge.  Finally, Friday was our first night aboard, although we were still on the hard.  On Saturday, we witnessed an historic event, the moving of the whaling ship, Charles W. Morgan.

The Charles W. Morgan is the last of an American whaling fleet that numbered more than 2,700 vessels. Built and launched in New Bedford, Mass. in 1841, the Morgan is now America’s oldest commercial ship still afloat–only the USS Constitution is older.

On May 17, 2014, the Morgan left Mystic Seaport and was pushed down the Mystic River by a tugboat, and then towed across Fishers Island Sound and up the Thames River to New London, where she berthed at City Pier. This was the first time the ship had left the Museum since her arrival in November, 1941. A month-long fitting out period will take place while the ship is in New London. Due to the shallow depth of the Mystic River the ship could not be properly ballasted for sailing at her berth at the Museum, and New London also offers easy access to Long Island Sound for sail training.
On June 14, the Morgan will leave New London and begin her journey up the coast of New England to Newport, Vineyard Haven, New Bedford, the Stellwagen Bank National Marine Sanctuary, Boston, and then back to New London and Mystic with a stop at the Cape Cod Canal to participate in its centennial celebration. Sailing the 1841 whaling vessel will be a maritime event not seen since the 1920s. Due to her status as a National Historic Landmark, the ship will proceed to each scheduled port on a one-day sail so she can be safely berthed in the next harbor by nightfall. As weather conditions are a determining factor in the decision to head to sea each day, each port transit is scheduled with a three-day window of opportunity with the intention that the ship will sail on the first acceptable day.

We continued working on Erika Lin, and finally, on Tuesday May 20th, she was ready to launch.

Here we are, back on the water.  Not sure what our cruising plans are just yet, but we hope to do some traveling with fellow dockmates. 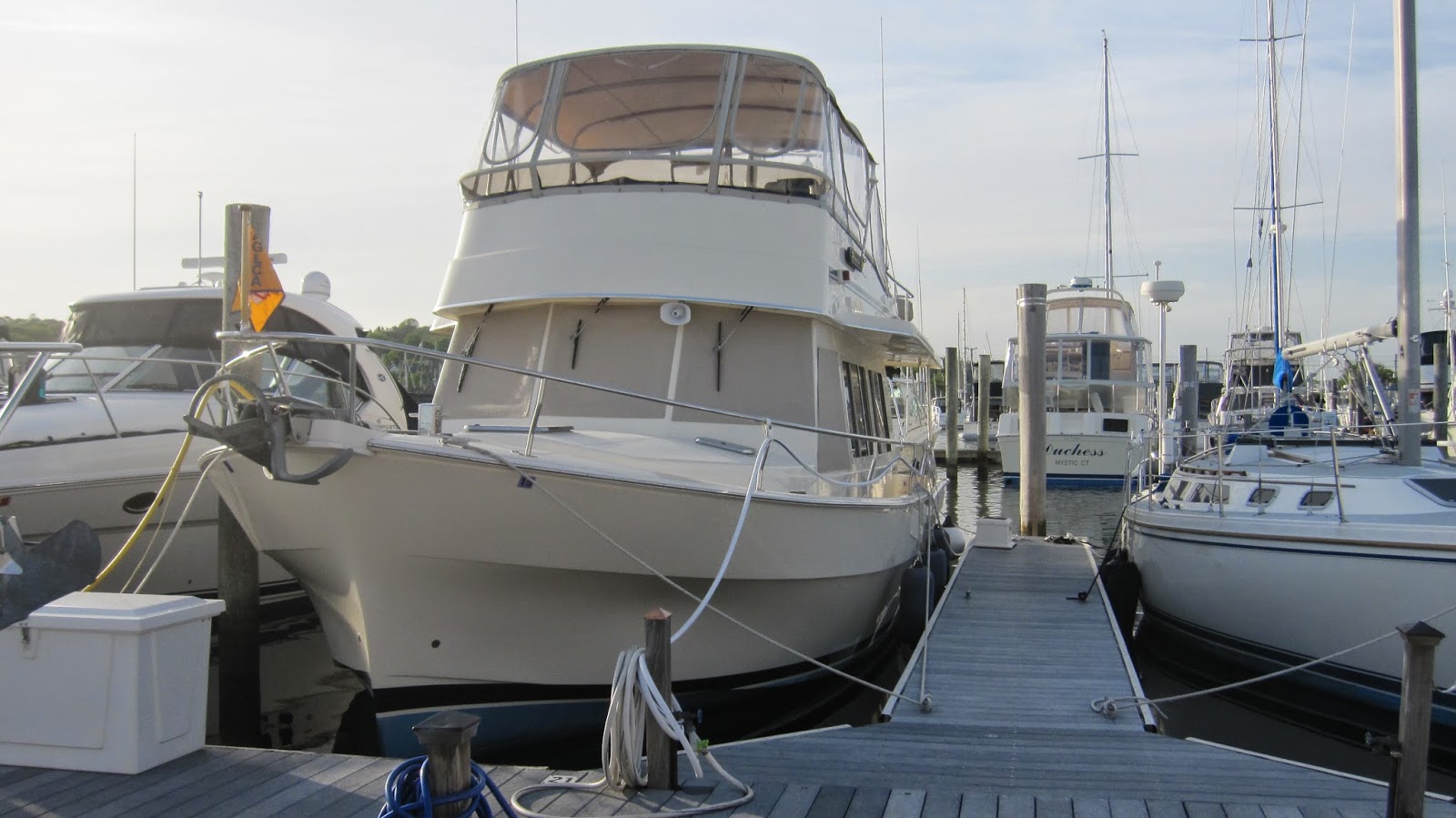